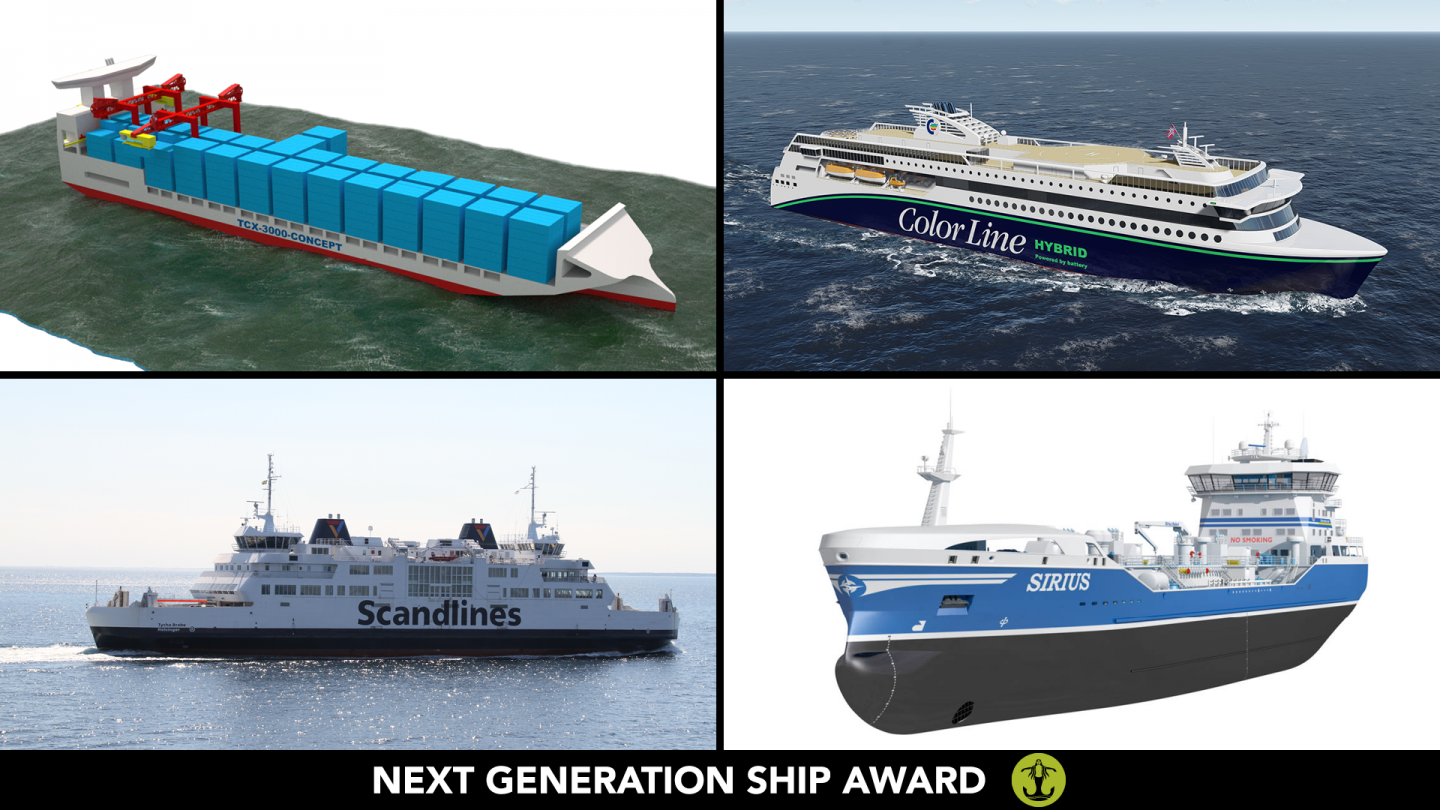 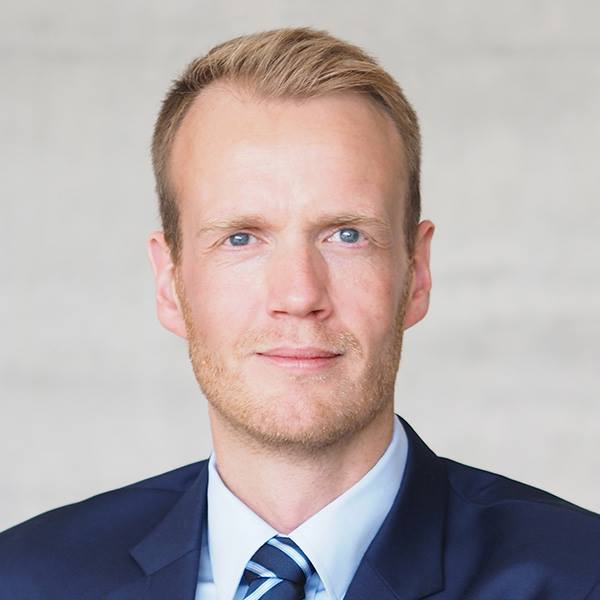 The jury selected the large hybrid plug in ferry currently known as Color Hybrid being built for Color Lines. Although not yet complete, the 30,000gt ro-pax ferry designed by Fosen Yard, and being built by Ulstein Verft, will be the world’s largest hybrid craft.As with the winner of the other award, the jury felt that the ship had the ability to influence the design of many more types of vessels.
Read more in the Next Generation Ship Award press release.

Winner 2015:Ulstein’s X-Stern
In 2015, the award went to Ulstein’s X-Stern, a design feature that reduces acceleration, pitch and heave, improves comfort and safety, and widens the operational window. 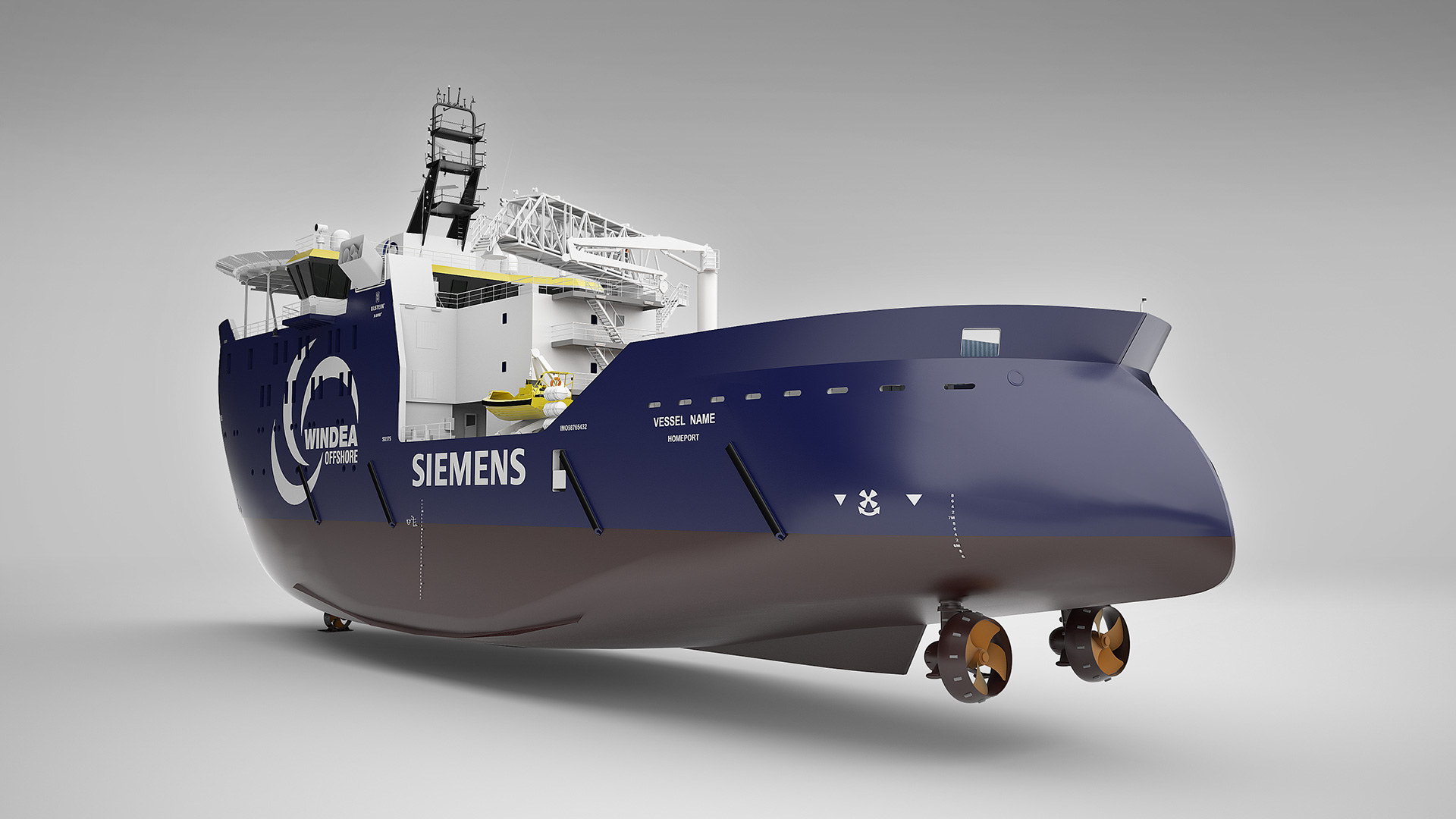