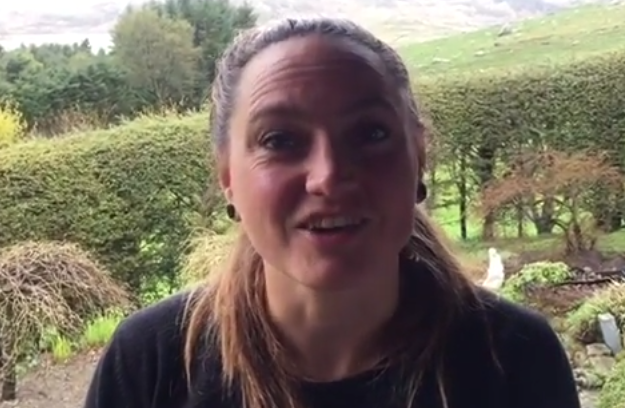 How can a ship be used to harvest energy?

Gøril Tjetland, a geologist and clean energy advisor, entered the Problem ti Profit competition with a video about one of the largest unexploited energy resources we have – namely the earth – and how you can use a ship to harvest energy from it.

Mid-ocean ridges
As the name implies they are far from infrastructure – in the middle of the ocean. They span the earth – from the north to south pole – and they go all around the globe. Sailing from Europe to America you cross it, sailing from Brazil to Australia you cross it, from Africa to Singapore or even just in the Red Sea.

In my world a container ship going across the Atlantic or down the Red Sea, would make a brief stop (a couple of hours) at the mid-ocean ridge to harvest energy. And maybe even bring a couple of extra once so that you can sell the excess energy when you drop by a port. The battery floater is a semi-permanent floating installation holding high-voltage batteries that are continuously charged from the bottom of the sea. And several charging-points make high-speed charging possible.

So how can you just harvest hundreds of MWs of energy neatly stored in batteries mid-way across the largest oceans?

These mid-ocean ridges are where tectonic plates are drifting apart – about a cm a year on either side of the Red Sea. Naturally when you stretch something and tear it apart there you accommodate space – and this space is filled with whatever is underneath the tectonic plates – and that is magma. Very hot magma. Magma rises to the bottom of the ocean (hence the name ridge) or just below it, heat brine and fluid and release gases. They are called mid ocean ridges because it makes up the longest continuous mountain range in the world – longer than the Andes. But what is important for us here is the heat. It is a long long stretch with more or less seeping heat – 80 000 kms. The other superimportant aspect is that it heats up the fluid that surrounds it – brine. Hot brine moves upward and any directed fluid we can add a turbin to.

The energy we are using here is called geothermal energy and geothermal energy is basically heat from the center of the earth. It is the biggest energy resource we have down here on earth – we just need a way to harvest it. At geothermal heat sources above 175 degrees celcius we can harvest the flow directly in a turbine to produce electrical power. Using something called binary technology (a sort of heat-exchange method) you can get powerproduction from flows as cold as 100 degrees.

So how can you do it?
First of all we have to deal with a few of issues:
1. Depth – whatever we use need to work in up to 3 km deep water
2. Directed flow – where do you put the turbin?
3. How do you harvest it?

Let`s take the Red Sea as an example. Workers from 1949 through the 1960s confirmed the presence of hot (60 °C ) saline brines and associated metalliferous muds. The hot solutions were emanating from an active subseafloor rift. Their natural occurrences are somewhat unpredictable, but drilling a shallow borehole (500 meters is probably more than enough given the high geothermal gradient in the area) you would find a and allowing fluid to flow from a well-head could allow you to work turbines on the seafloor. Thermal gradients of 76 C/km are typical for oceanic crust and we expect it to be a good deal higher in the areas where we do targeted drilling.

Another source of natural holes are black smokers. These actually spew out damp and hot water. You could also mount turbines to these.

So how to you deal with the depth?
This is where new technology is the crucial facilitator. Ultradeep subsea drilling (for oil and gas) is carried out – at a price in the oil and gas industry. Our wells would probably be slightly cheaper as we do not need to drill very deep – we basically just want the well so that we can get a controlled outlet.

Then we need a generator that can deal with the depth, – that also seems possible. Electrical sub-sea installations are actually something Norway does really really well. We are a pioneer in producing subsea systems. You could of course put all the installations on the battery floater and just isolate the riser (the thing transporting the steam from the sea floor to the floater) really well.

Turbines at the geothermal power plants in Iceland have an installed capacity of 40-45 MW, – putting turbines on the seafloor will reduce that capacity. And we need several of them – just one large container ship can use up to 90 MW.

With this concept container ships transport goods across the oceans without fossil fuels and spend a couple of hours at port and at charging points at mid-ocean ridges to charge you batteries. Bon voyage!

#Nor-Shipping From Problem to Profit competition 2017