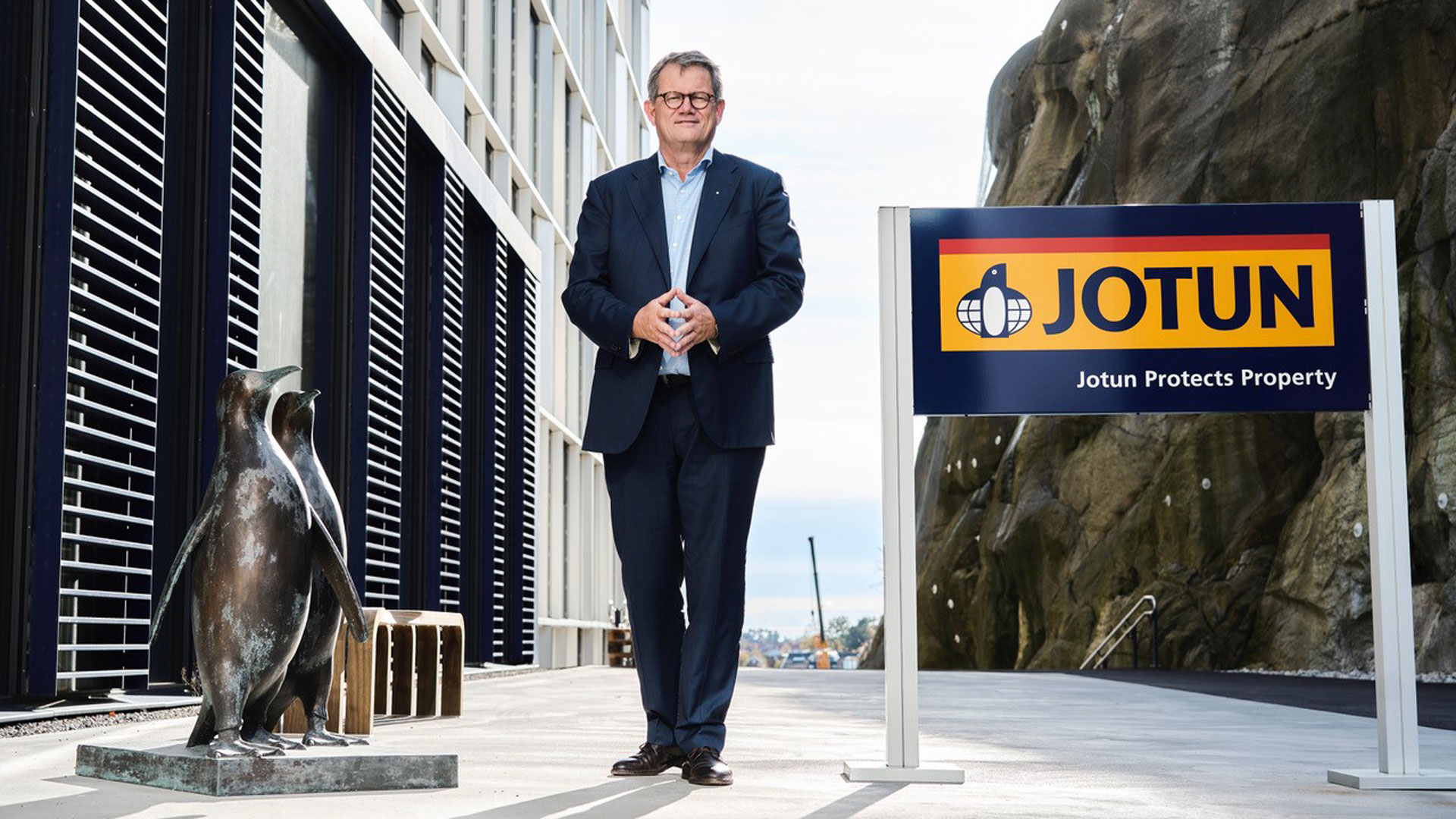 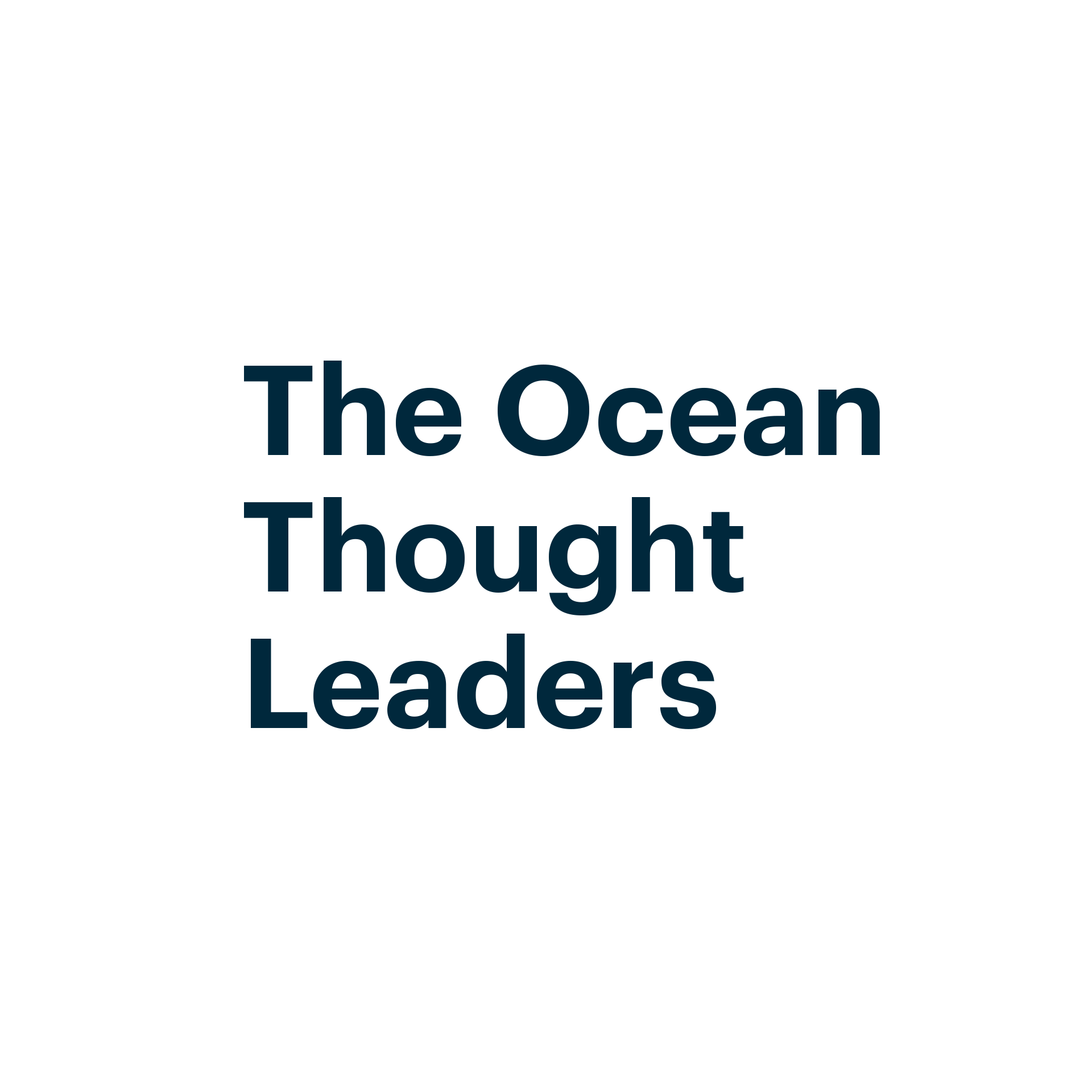 Jotun, the world’s leading supplier of marine coatings, isn’t scared to create waves in the quest for better solutions, results and environmental performance. Here CEO Morten Fon explains how a little disruption can go a long way – for the firm, its customers and wider society.
Facebook Twitter

“You could argue we’re disrupting ourselves,” says a grinning Morten Fon, CEO at Jotun.

“Creating a robotic hull cleaner isn’t what you’d expect from a leading paint supplier, is it?

“But once we had the idea, we thought it was so good that sooner or later someone was bound to do it. So, why not control change rather than reacting to it? Why not be a little bold… lead, not follow?”

Fon – who knows quite a lot about leading, having held Jotun’s top job for the past 16 years – is musing on the subject of the firm’s HullSkater.

Launched last year, as part of Jotun’s Hull Skating Solutions (HSS), it’s an innovation that rips up the rulebook on maintaining clean vessel hulls. HSS utilises a unit comparable to an autonomous lawnmower. Remotely operated by certified Jotun Skate Operators, it clings onto a hull with powerful magnets as it seeks out and destroys biofouling, ensuring optimal efficiency and performance, with minimal environmental impact.

It’s a genius creation that has stolen headlines worldwide.

And for good reason.

It occurs when aquatic plants and animals attach themselves to vessel hulls. Hitchhiking their way from one port to another, and always inviting their friends, these organisms create friction that impacts upon hull performance – with additional drag increasing fuel consumption by up to 40% and, as a consequence, driving up harmful emissions.

In addition, they also have a habit of leaving the ship in new marine environments, where these so-called “invasive species” (there are over 4,000 different biofouling species identified) wreak havoc on local biodiversity.

Vessels with certain operational profiles (e.g. long idle periods), sailing in the waters most conducive to fouling, are at greatest risk.

And this is where HSS comes in.

“The HullSkater stays with a ship at all times, proactively cleaning a specially developed antifouling,” Fon explains, adding that optimal inspection and cleaning schedules are calculated for vessels through a proprietary algorithm, big data and condition-based monitoring.

“It means hulls are ‘always clean’,” he says, “with biofouling removed before it can take hold. That’s something no antifouling, no matter how advanced, can achieve on its own.”

The results, Fon notes, speak for themselves, with users enjoying a minimum fuel cost saving of 14% per vessel (over a five-year dry-docking, compared to a typical average performance).

“And the emissions cuts are just as impressive,” he adds, explaining that if the vessel group targeted by Jotun adopt HSS some 40million tons of CO2 emissions could be saved per annum.

“And that’s how I see us making a difference for society,” Fon surmises. “Not so much in ‘greening’ our own operations, although of course we will always endeavour to do that, but by helping our industry, our customers, drive down their emissions.

“I see that as a crucial role – that’s our piece of the decarbonisation puzzle.”

This isn’t an empty statement from Fon, far from it in fact.

Jotun, which employs 10,000 people around the globe, protects around 25% of the entire world fleet with its product range. It’s advanced antifouling products and services are a key part of the proposition, helping thousands of ships minimise fouling and optimise fuel efficiency.

Fon says the firm is constantly working to demonstrate the critical role of hull performance, refining approaches that not only promise improvement, but actually measure, quantify and prove their efficacy.

“We were central to the development and introduction of ISO 19030 (hull and propellor performance),” he imparts. “We, and our competitors, were always talking about the impact of good antifouling, but were struggling to demonstrate it, and that must have been a source of immense frustration for shipowners.

“The ISO standard provides the framework to document this, finally delivering the evidence we need to substantiate claims.”

Here the Jotun CEO refers to the firm’s Hull Performance Solutions (HPS) offer. This combines the SeaQuantum X200 antifouling with a suite of sensors that measure hull performance in accordance to the ISO standard, delivering both data, and complete transparency.

“It’s fully accountable, and very revealing,” Fon comments. “We’ve now sold the package to over 1300 ships and the data gathered shows that we’ve enabled total fuel savings of USD 4billion and some 38million tonnes of CO2.

“That’s equivalent to ten times the annual emissions produced by all the cars in Norway,” he says, pausing to digest the figure.

“That shows how important this is,” he adds, tapping the table with his index figure: “That is real, tangible, impact – for owners, for everyone.”

Going back to Jotun’s HullSkater, developed in partnership with KONGSBERG, Fon says that although it ostensibly marks somewhat of a departure for the firm, it is actually just an evolutionary step on the path towards improved hull performance and sustainability.

“We see HSS as a continuation of HPS,” he comments. “We refuse to stand still, investing heavily in research and development to solve the challenges our customers, and society, must face up to. A robot hull cleaner might seem like an unexpected launch, but we saw a unique opportunity and took it. I’m very glad we did.”

Fon says HSS has been “very well received” by the industry, but describes the project as still in the commercialisation phase, with units logging as many operational hours as possible to prove to prospective customers that “thinking outside the box” has the potential to pay off… and pay off big.

“We very much believe in this project and will use Nor-Shipping in 2022 as an ideal platform to connect with stakeholders and outline its compelling benefits,” he says. “It’ll be the first chance since the pandemic began to finally gather an international audience of decision makers together and speak to them face-to-face. With such a bold innovation, where you’re asking people to approach a problem from a completely new direction, that personal interaction can’t be beaten.”

So, does that mean a HullSkater will be paying a visit to the Lillestrøm and Oslo based event itself this January?

Fon won’t be drawn, ending as he began with another small grin and a question mark:

“A HullSkater in the exhibition halls… now that would be disruptive, wouldn’t it?”

Nor-Shipping 2022 takes place 10-13 January across a variety of venues in Oslo and Lillestrøm, Norway. Make sure you’re part of the #ACTION. Sign up NOW for our newsletter!