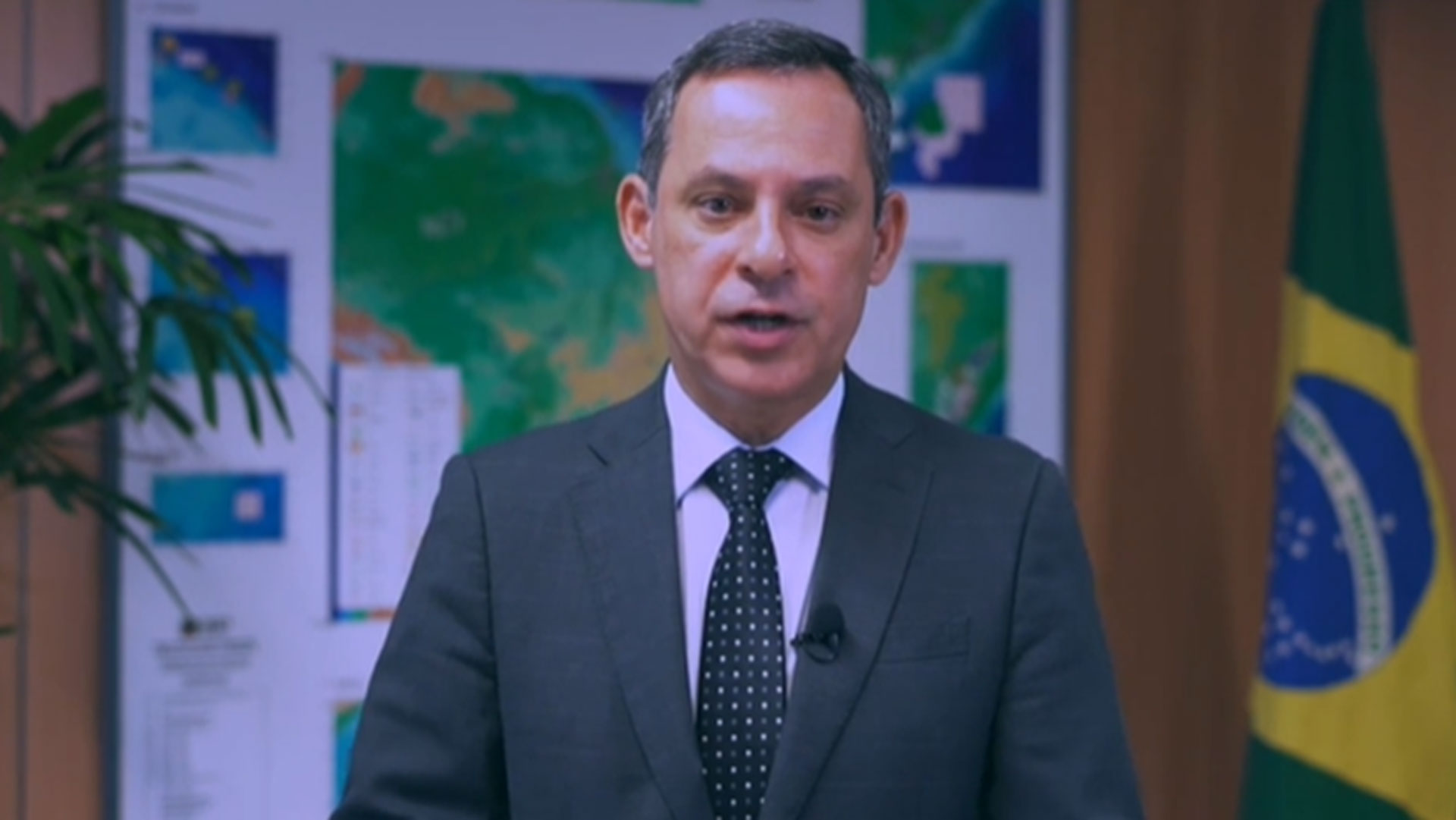 The 60-minute programme showcases initiatives and actions that demonstrate that the time for ocean business is now! Action was also a key word for Ocean Now, that took place on the original dates of Nor-Shipping in June 2021.

Brazil is one of the main, global markets for the ocean industries, and ocean is a transnational issue that calls for a collaborative approach, as Norway´s Consul General Marianne Fosland said in her opening remarks to the show.
Keynote speaker José Mauro Ferreira, Secretary of Oil, Natural gas and biofuels in the Ministry of Mines and Energy, focused on initiatives and actions the Brazilian government is taking to boost the energy transition, reduce emissions and guarantee energy efficiency. A program for use and development of biofuels is on example, and the Brazilian government recently created an initiative called “Fuel of the future”. Plans to combine bioenergy and electrification of vehicles is also something Brazilian authorities believe has great potential.

In a blue economy panel, moderated by Clarissa Lins, Rafael Tristão, Head of Supply Chain at Equinor in Brazil, Marcelo Xavier, Vice-President of Subsea7 in Brazil and Mauro Andrade, Business Development Director at Prumo Logistica discussed whether Brazil´s offshore industry and the energy transition which is on the way, is a goof fit.

Equinor aims to be a leader in the energy transition and plans to invest 15-20 percent of its capital in renewable energy by 2030.
“Brazil fits really well with our strategy because of the abundance of natural resources here. Equinor has invested more than 11 billion USD and plans to invest another 15 billion USD by the end of 2030”, Mr. Tristão says.
The first global solar investment that Equinor ever did, was done in Brazil. Equinor also has plans for other solar projects with Hydro and with Port of Açu. Digitalization projects are also contributing to greenhouse gas reductions
Subsea7 VP Marcelo Xavier said that the Brazilian market needs regulatory reforms to take off, but emphasized that the potential for development of renewable energy projects is huge.
Subsea7 is implementing several actions that will contribute to reduced emissions, and has involved Brazilian start-ups in a quest for new solutions, an initiative Innovation Norway is also involved in.
Prumo Logística is the business group behind Port of Açu, located up north in the state of Rio de Janeiro, and Mauro Andrade, Business development Director of Prumo Logística, described the port as a significant player in the renewable energy value chain in Brazil.

Port of Açu has several MOU´s signed on renewable projects, with Equinor and with Australian Fortescue Future Industries, on the development of green hydrogen.

“At Port of Açu we are turning renewable energy into a global commodity and we are equipped to deliver a complete renewable value chain”, Mr. Andrade says

Another hot topic to key players in the Brazilian energy and maritime sectors is green shipping, and Brazilian shipowners are already investing in new technologies and solutions.

PRIME TIME Brazil was produced by ABRAN, The Norwegian Shipowners Association in Brazil, with the support of the Norwegian Consulate in Rio de Janeiro, Norwegian Brazilian Chamber of Commerce (NBCC), Norwegian Energy Partners (NORWEP), Innovation Norway and from the sponsoring companies Kincaid, Equinor and FC Stone.

Stay tuned for more and join [email protected] at Nor-Shipping 2022, in Oslo!