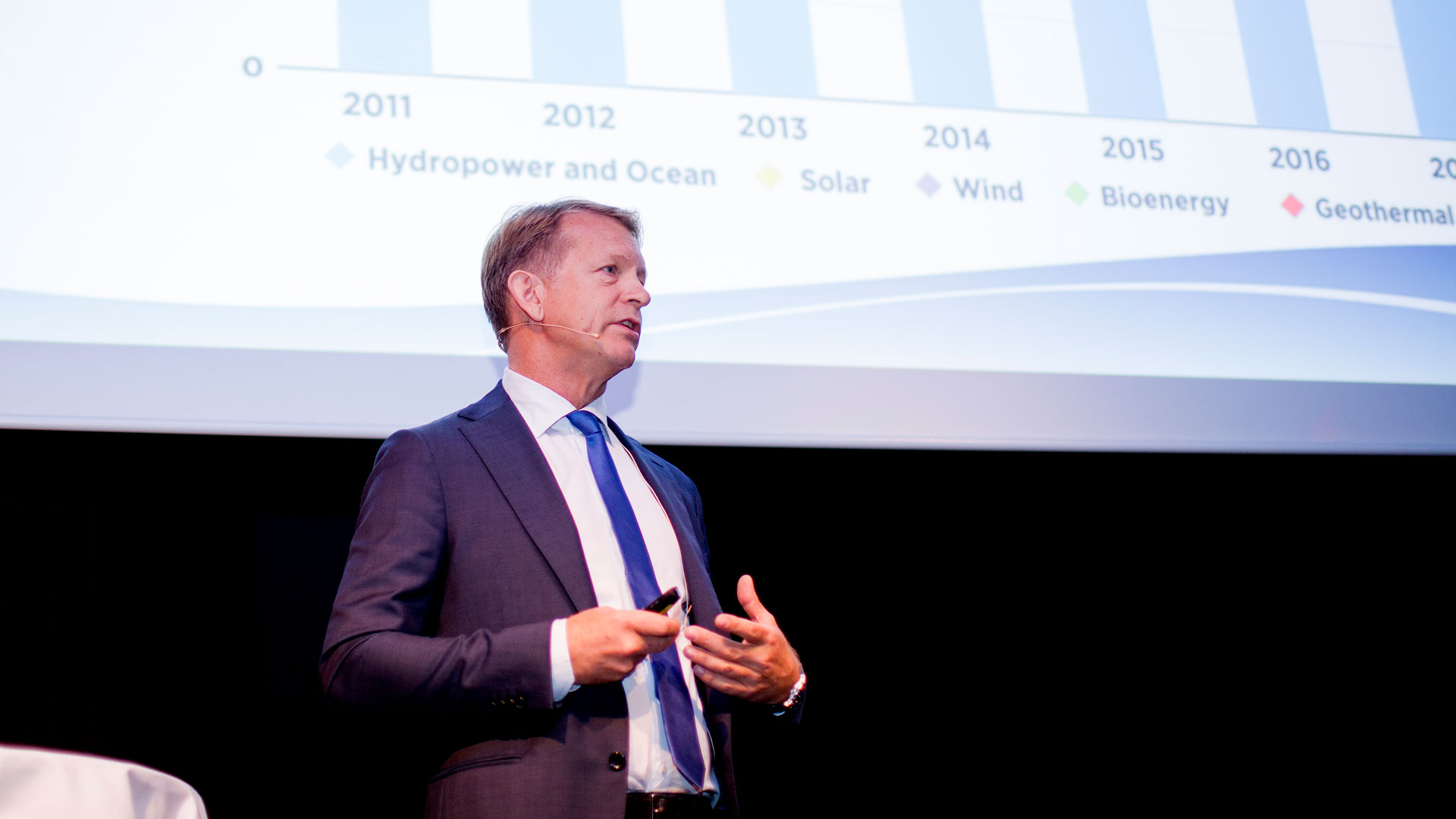 “There’s a good reason we’ve chosen this as our first Nor-Shipping. It’s a question of…”
Jon Dugstad pauses, like a comedian about to deliver his punchline: “… timing.”
Although he’s smiling, Dugstad, the principal renewables Director at Norwegian Energy Partners (NORWEP), is deadly serious.
Now, he believes, is a key moment in the development of the offshore wind industry, and Norway, with its unique strength in both maritime operations and offshore energy production, is perfectly positioned to both add value to projects and client businesses, as well as accelerate its own clean energy transition.
“If you look at plans in the EU, where the goal is increasing offshore wind production capacity from around 12 GW today to 300 GW by 2050, and beyond, including the UK, US and Asia, we see that this is probably the renewable sector with the clearest growth ambitions,” he notes.
“Solar obviously has a role to play, as does onshore wind and hydropower, amongst others, but with the expected real, exponential growth and the Norwegian offshore and maritime expertise, offshore wind is a hugely exciting opportunity for our partners (NORWEP’s members)… and, indeed, for the maritime industry as a whole.”

In analysis released this year, NORWEP forecast that annual revenues from offshore wind could reach EURO 10 billion for Norwegian suppliers by 2030.
Dugstad himself believes that a turnover of around EURO 8-10 billion by that point is not just feasible, but realistic.
“The potential for a national base of expertise that encompasses everything from specialised shipyards, to sea state and weather monitoring, digital O&M solutions, offshore equipment suppliers, shipowners, smart management systems, advanced vessels, heavy lifting, installation expertise – the list really does go on – is huge,” he argues.
“The Norwegian supply chain is in a unique position to support industry development.
“And, when arguably the biggest challenge the sector faces is managing the expected pace of growth, it needs our help.”

For Dugstad, and his campaigning organisation, their own challenge lies in creating awareness, building international networks and relationships, and positioning Norwegian suppliers (and developers, such as Equinor) as natural partners.
He admits other nations, such as Holland and Denmark, have a head start in terms of recognition, but only because Norway, with a population of just under 5.5million, has traditionally put such an emphasis on oil exploration, rather than wind development, on its continental shelf.
“But, as I said,” he stresses, “that also leads to an advantage. We now have so much knowledge, so much operational experience, that is easily transferrable. It’s up to us to get that message out there and facilitate dialogue.
“There’s real value our partners can add here… so let’s get to work.”

Nor-Shipping 2022, taking place from 10-13 January in Oslo and nearby Lillestrøm, will be an ideal opportunity to do just that, Dugstad opines.
NORWEP is hosting its own pavilion in the Blue Economy Hall – which focuses on showcasing and enabling sustainable ocean business success – so participating companies can access the eyes, ears and intelligence of the 50,000 international decision makers expected to attend ‘Your Arena for Ocean Solutions’.
“The entire maritime industry is gathering in one place for the first time in a long time,” he comments, “and especially those with an interest in marine operations and specialised vessels that serve offshore assets. It’s a hugely relevant arena for us and we expect some very valuable meetings between our partners, project developers, and other industry suppliers we can collaborate with.

“The world is coming to Norway, rather than Norway having to go out to the world, and that really is too good an opportunity to miss.”

Alongside the pavilion, NORWEP will also be inviting offshore wind developers to discuss the challenges they face and the services, technology and expertise they require to tackle them.
“I think that’s another area where we can contribute,” the NORWEP executive muses, “by creating a forum for knowledge sharing and building understanding between the various stakeholders needed for success in this arena.
“That way we can help our partners determine how best they can support the industry, while the developers get the expertise they need for success.”
He concludes where he began, on a matter of timing: “With COP26 on the agenda and the need to build a renewable energy base fit to realise our climate ambitions – and build it now – we have to realise the enormous offshore wind potential we have in front of us.
“Together, I believe we can do just that.”
So, as he’s already said, let’s get to work. See you at Nor-Shipping…

Take me to the Nor-Shipping 2022 Blue Economy Hall