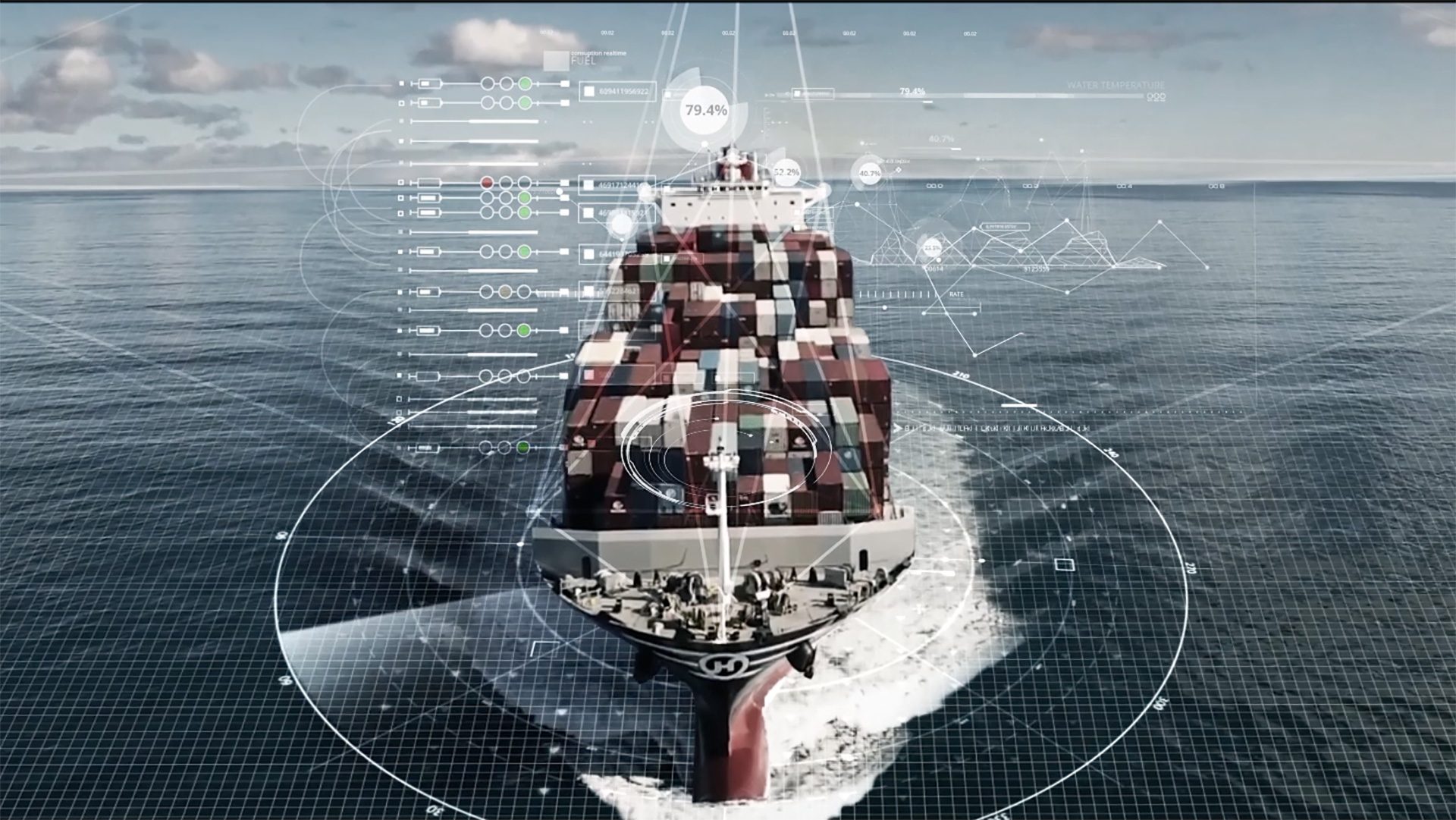 Share on facebook
Share on twitter
Share on linkedin
Pia Meling of Massterly, the world’s first company set up to operate autonomous vessels, is more focused on getting trucks off the road than unmanned vessels on the water. With major players now preparing to set sail, is this the start of a transportation revolution?

Pia Meling of Massterly is more focused on getting trucks off the road than unmanned vessels on the water. The transition to autonomy, she says, is a ‘means rather than an end’, helping society tackle a pressing problem, while enhancing both the commercial and environmental sustainability of shipping. With major players now preparing to set sail, is this the start of a transportation revolution?

“Drivers in Oslo spend around 145 hours a year in traffic jams,” says Pia Meling from her Oslo-based office (so she should know).
“That equates to 38 minutes of extra travel time every working day. In New York, where 90% of freight tonnage moves through the city on trucks, congestion cost the city USD 862million in lost economic activity in 2017 alone. Beyond the time, money and stress factors there’s pollution, with heavy trucks a major source of emissions, such as black carbon, damaging air quality and severely impacting on the environment and public health.”

Pia Meling, Massterly VP Sales & Marketing, at the bridge of a car carrier.

She pauses for a moment of reflection, before adding: “People can view autonomy exclusively through the prism of technology, solely focusing on vessels and digitized infrastructure. But I think the benefits should be centre stage and – with the first generation of ships – the ability to move goods transportation from our roads to the sea (the EU has a target of shifting 50% of all goods transported under 300km by truck to sea or rail by 2050) is perhaps the key motivator. It is, quite simply, the solution to one of our biggest challenges.

“Thankfully, there are some very forward-thinking cargo owners here in Norway that seem to agree.”

Leading the way
Before we introduce those businesses let’s take a second to say hello to Massterly.

Massterly is the world’s first company set up to operate autonomous vessels. It was established last year by joint owners Kongsberg Maritime, a world leader in automation and digital development, and Wilhelmsen, a globally recognised vessel owner, operator, manager and international logistics powerhouse. The firm was created to offer services throughout the autonomy value chain, with the ability to lead clients from vessel design and build management through to crewing, monitoring and full operations.

However, Meling, Massterly VP Sales & Marketing, stresses the company is as much about helping customers with existing ‘traditional’ tonnage as it is about assisting those pioneering the new generation of unmanned vessels.

Step by step change
“There’s a lot that can be done differently if you introduce digital/automation technology to ships and move select support services on shore,” she explains. As an example she briefly references Norway’s busiest ferry route, from Moss to Horten, where operator Bastø Fossen recently introduced Kongsberg auto-docking technology on its manned fleet, saving approximately two minutes per docking.

“The benefits in terms of operational safety and efficiency, vessel and fleet management, and OPEX (with for example, optimized energy and fuel consumption) can be compelling. For the majority of the industry that will be the way forward.

“There’ll be a gradual transition rather than a switch, and Massterly is here to ‘hold hands’ and help our customers identify, enable and seize upon the opportunities delivering the greatest individual benefits. That will be a core market for us.”

Although adapting existing tonnage will be big business, it doesn’t make for the biggest headlines. For those we have to look to Massterly’s fully autonomous projects and the aforementioned “forward thinking cargo owners”.

Early adopters
The Yara Birkeland is the showstopper. The world’s first fully autonomous vessel, this 120 TEU fully electric feeder ship is currently under construction in Romania (Massterly is onsite to help manage the newbuilding project) with a launch set for next year. Once active the ship will service a set route between Herøya and Brevik/Larvik, initially operating with a crew for comprehensive testing before the bridge is removed (physically) and full autonomy engaged. It is set to take between 25,000 and 40,000 truckloads of fertilizer off Norway’s overloaded road infrastructure per annum.

Although a contract has yet to be signed, Massterly, as the sole player in its field, should be Yara’s natural partner to conduct testing, monitoring and day-to-day operations.

Less well-known (certainly outside of Norway), but equally as impressive, are the plans of ASKO – the country’s largest grocery wholesaler and its leading distributor of food and fast-moving consumer products to supermarkets.

One million reasons why
Meling reveals more: “We’re working closely with ASKO, which is currently looking to build at least two fully electric autonomous RoRo vessels. These would offer capacity for 16 trailers each, ferrying the cargo from one side of the Oslofjord to the other. In doing so the 66 m long ships, probably travelling at 6-8 knots for optimal energy efficiency, would save around 1 million truck kilometres a year.” 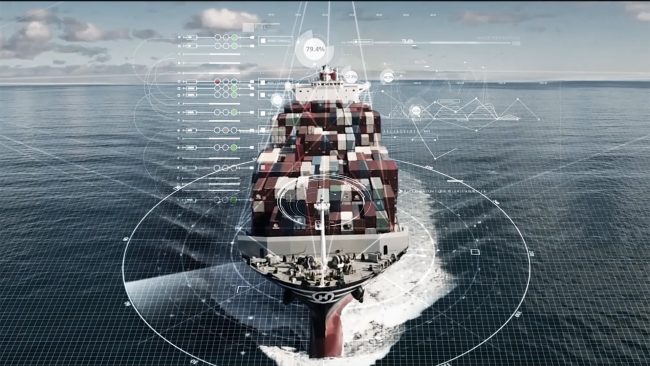 Massterly is currently negotiating with shipyards on ASKO’s behalf, with firm orders to follow.
“This is a hugely exciting project,” Meling adds. “Not just for development and innovation, but also because it demonstrates how companies not even currently involved in the industry see the potential in becoming shipowners and embracing a more cost effective, safer, reliable and sustainable way of delivering cargo.

A question of cost
But let’s stick to the present for a minute – this ‘cost effective’ argument is a difficult one. Certainly replacing individual vessel crews with a central land-based team, capable of overseeing multiple assets, translates to major savings (in terms of both labour cost and vessel specification, with no need for accommodation and a traditional bridge). While slow speed electric operations will deliver not only environmentally friendly, zero emission performance but also benefits in fuel savings.

However, and it’s a big however, the CAPEX for early movers will be high. Something Meling freely admits to:
“It’s likely that first generation autonomous vessels, especially when you add in the tailored infrastructure that will support them to optimize efficiency (in Yara’s case self-driving straddle carriers and automated loading and discharging), will be more expensive than traditional alternatives. Nevertheless, OPEX will be reduced from day one of unmanned operations and, as yards begin to specialize in what will be a growth segment (leading to serial production), technology costs drop with volume, and new innovations arrive, the overall price tag will decrease.

“I believe that future generations of autonomous vessels will be cheaper to build than traditional alternatives… but this will take time.”

Sustainable value
So, there is a price to pay for being a first mover – as much for Wilhelmsen and Kongsberg Maritime, as they build a new breed of business, as for shipowners – but there’s also an opportunity. And that’s not just restricted to OPEX savings.

“The world is changing,” states Meling. “Society, and particularly the younger generation, has a growing awareness of environmental issues and the need for sustainable solutions. Those that do not address their carbon footprint will struggle to recruit and retain new talent, while they may actively be punished when it comes to consumers exerting influence in terms of purchasing goods and services. In addition, both charterers and banks are now increasingly interested in low carbon shipping companies.

“There is an opening here for companies that are prepared to embrace innovation to benefit society’s stakeholders. They can position themselves for the future, enhance reputation and really connect with key audiences. I think companies such as Yara and ASKO are fully aware of that enormous potential. I know Wilhelmsen and Kongsberg are!”

A persuasive platform
Meling herself is no stranger to ‘connecting with audiences’. As head of Massterly’s marketing efforts she is eager to put the autonomy conversation on the agenda, and this year utilized Nor-Shipping 2019 as a key platform to engage. 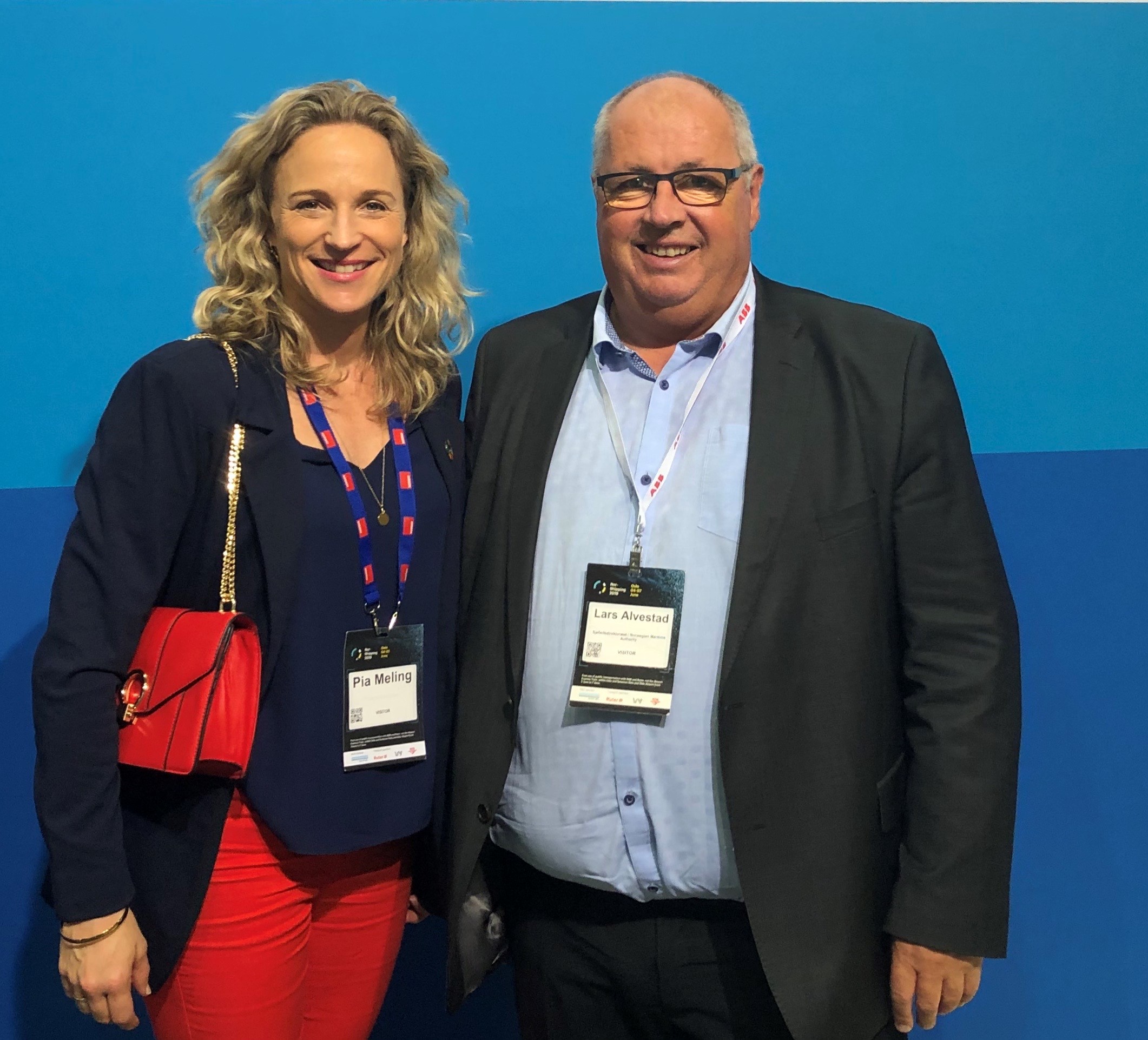 Meling spoke at four events within the busy week of activity for ‘Your Arena for Ocean Solutions’, which saw over 50,000 participants descending on venues across Oslo and Lillestrøm in June, as well as splitting time between both Wilhelmsen and Kongsberg’s exhibition stands.
“It’s such a great arena to communicate messages to a large, captive audience of key decision makers and next generation talent,” she opines. “If some people see the word autonomy on a page, they may think it’s not for them. But when you get the chance to both take to the stage and then explain face-to-face that it’s about far more than unmanned ships, and that there are stages of autonomy that can be embraced and exploited by just about anyone, then a new level of awareness can be created.
“In that respect Nor-Shipping 2019 worked brilliantly for us.”
Transforming transport
By the time the next Nor-Shipping rolls around in June 2021 Meling is confident Massterly will have moved beyond its consultancy and preparatory stages to embrace full blown, 24/7 vessel operation (although probably not fully unmanned).
It will be an important step forwards for a company with an unapologetically ambitious goal. 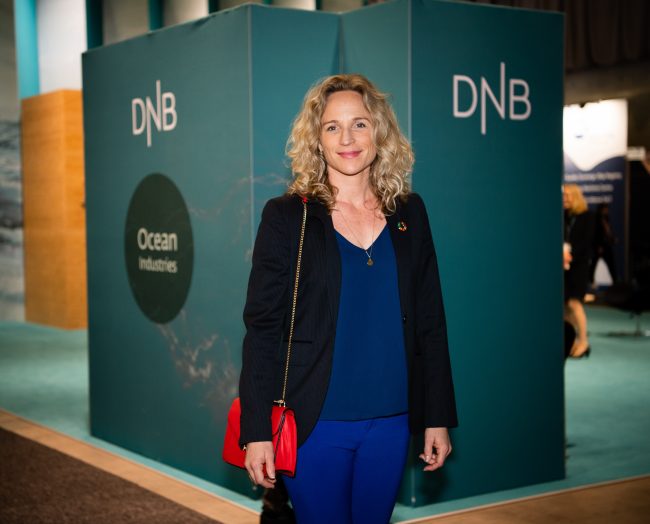 Pia Meling outside the DNB Ocean Stage at Nor-Shipping 2019.

“We want people to reimagine transportation,” she states. “Autonomy can be the tool that enables a new approach, whereby the sea replaces road as the natural solution for relatively short distances. Instead of building new bridges, motorways and tunnels and suffocating, literally, under the ever-greater pressures of congestion, we can consider more ferries and feeder vessels, with greater reliability, better service, much lower cost and significantly lower carbon footprints.

“This could be a revolution where everyone sees benefits,” Meling concludes with a smile.

Except for the trucks of course.

But the average road user in Oslo, or anywhere else for that matter, probably won’t be too worried about that…