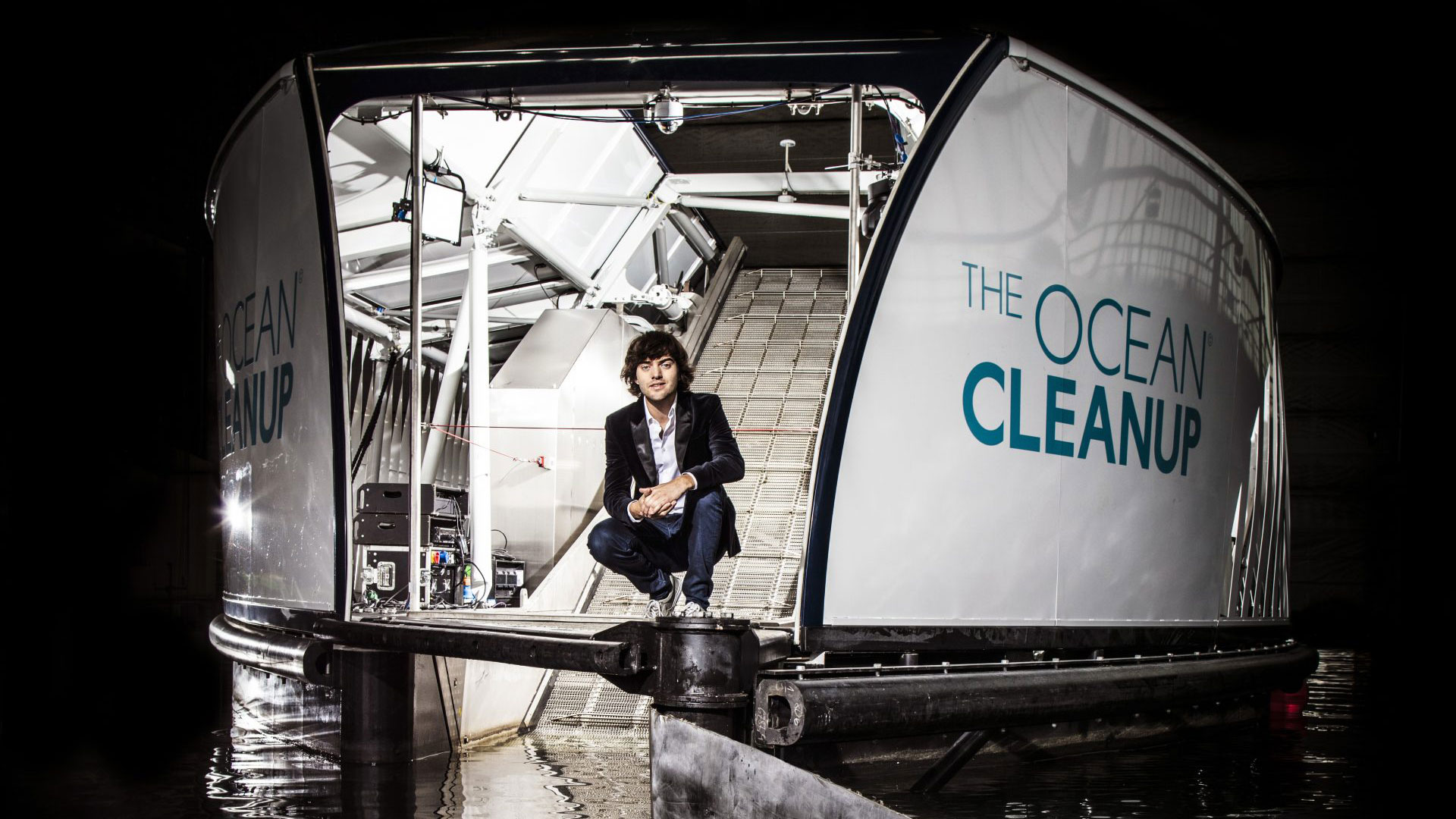 Young Entrepreneur Award – The proof of the pudding

Share on facebook
Share on twitter
Share on linkedin
Past winners’ passion and enthusiasm have made the Nor-Shipping Young Entrepreneur Award a highlight of the Nor-Shipping week. Winners of the YE Award have achieved recognition for their ideas and concepts, but the mark of a successful entrepreneur is staying power and making those ideas succeed over time.

Obviously the more recent the winner, the less time they will have had to have proved their business of organisation has staying power or gained acceptance and customers. What should not be forgotten is that even the most successful businesses and entrepreneurs do not always find instant success and some of those that do struggle to maintain their impetus.

With that in mind, this article looks not so much at the winners of the award as the business or organisation that they were associated with at the time of their success in the YE Award.

The first winner of the Nor-Shipping Young Entrepreneur Award was Tor Østervold in 2013. Tor had founded ECOsubsea with his brother Klaus in 2008, but it was four years before their hull cleaning solution was sufficiently developed to actually begin operations. Just in time for Tor to be nominated for the YE Award.
Six months laterTor picked up the award in Oslo, ECOsubsea won the Orcelle Award sponsored by Wallenius Wilhelmsen. The award was named after the concept ship that WW presented to the world in 2005. With that award, ECOsubsea entered a partnership with WW who helped the company establish its Southampton UK centre of excellence even providing the space at the WW car terminal. Since then ECOsubsea has been granted permission to operate in Zeebrugge and Antwerp (2019) and Dover and Portsmouth (2020).

Also in 2020, ECOsubsea became one of four founding members of the IMO’s Global Industry Alliance (GIA) for Marine Biosafety. Biofouling is currently high on the IMO agenda and also some nation states are bringing in regulation of their own. Many expect a biofouling convention to be on the cards in the near future and consequently hull cleaning systems are being developed at an accelerating rate. ECOsubsea has a head start because of the foresight of its founders and has become an established brand even participating in the IMO’s GloFouling project as a member of the Global Industry Alliance, but Tor, Klaus and the others now involved in the company will need to stay on their toes to maintain their early lead.

The enthusiasm of youth

In 2015, the ‘Young’ element of the YE award was to be highlighted when the Dutch teenage environmentalist Boyan Slat was selected as the winner. Actually, Boyan was 21 when he collected the award but The Ocean Cleanup organisation that he had founded was already two years old by that time.
Boyan’s fascination and determination to clean up the plastic pollution has been his driving force and how he quit his studies and founded The Ocean Cleanup, with just €300 of savings as starting capital has been well publicised. That could have been the end of the story as the small sum would have hardly been sufficient to go far. But a $90,000 crowd funding campaign allowed things to take off.

Trials with Boyan’s concept began in 2016 and although encouraging were not entirely successful however the growing publicity was attracting more sponsorship and offers of assistance. In 2018 Maersk Supply Service began project managing and offshore work for The Ocean Cleanup, including the tow and testing of the ocean systems.
In August 2018 Maersk committed the AHTS Maersk Launcher to the project for a 60-day testing period. The cost of the charter, including vessel services, equipment and transportation, amounted to around $2 million met jointly by subsea mining company DeepGreen and by Maersk Supply’s parent company, AP Moller-Maersk.

Following research that showed most of the plastic came from 1,000 rivers around the globe, Ocean Cleanup began developing means and vessels to intercept the waste before it reached the oceans. In 2021 Maersk Supply Services announced it would commit more resources including a second vessel and aid in developing the intercept systems which are now in their third generation.

Today, The Ocean Cleanup can count around 100 partners providing sponsorship, services and academic input. One of the sponsors is the British rock band Coldplay who in March 2021 announced sponsorship of the fifth Interceptor vessel Neon Moon 1, which will be deployed in Malaysia this year and is the first deployment of the third-generation design.

Wind in his sails

The YE Award winner in 2017 was Tuomas Riski, CEO of Norsepower the Finnish company which has revived the early 20th century Flettner rotor concept to give some wind assist propulsion effect to ships.

Norsepower was not the first company in recent time to offer Flettner rotors (or Rotor Sails as it prefers to call them) but it is considered among the leaders promoting their use at the present time. Tuomas’ recognition by Nor-Shipping has probably been a factor in the company’s success.

The first installation on the ro-ro ship Estraden was before the YE award recognition and the initial single rotor installed in 2015 was added to by a second in 2016. The next two installations came in 2018 – one being a trial project on Viking Lines’ Viking Grace that was to run until 2021 and the other the installation on the product tanker Maersk Pelican. This ship was sold this year with the rotors still installed.

In 2020, a rotor sail ordered by Scandline for its ro-pax ferry Copenhagen was installed and this year Norsepower chalked up its first newbuilding order with an impressive record setting five tilting Rotor Sails on board a large bulk carrier.

The new vessel, a 325,000 dwt VLOC is owned by Pan Ocean Ship Management and will be chartered by Vale after construction is completed in China. To enable efficient cargo operations, the five 24m high and 4m diameter Rotor Sails can be tilted between the cargo hatches by using hydraulic cylinders.

All of the installations so far operational have indicated savings in fuel consumption between 5% and 8% and doubtless this will prove attractive as shipping’s decarbonisation drive accelerates. Norsepower has taken out over patents on its technology but the concept itself is not patented and as mentioned there are competitors some of whom have developed their own variations on the basic idea.

A dynamic duo and a first for women

The latest winner and some might say the most unfortunate were Agnes Árnadóttir and Espen Larsen-Hakkebo, the CEO and CFO of Brim Explorer, who were nominated as the first duo in the awards history.

Brim Explorer is a tourist vessel operation offering fjord tours and cruises in some of the most famous fjords of Norway from Oslo in the south of Norway, as well as in the Arctic cities of Tromsø, Lofoten and Svalbard at different times of the year.

Influencing the jury decision was their admiration for the professional manner by which the two 33-year olds managed to gather investors and clients in order to build two vessels and ready them for operation. The hybrid ship they have helped design is one of the world’s most flexible electric vessels, as it can be charged at any port and operate on batteries for 10 hours with a cruising speed of 10 knots.

The first of the two vessels was launched in late 2019 and the second in early 2020. Any business that is built upon tourism will have suffered over 2020 and through to today because of the COVID pandemic. Brim was no different in this regard, but it also encountered more adversity when a fire occurred in the battery system of one of the two vessels in March this year. The fire caused operations of the second vessel to be suspended pending an investigation into the causes, but the ship has now returned to service and as tourism reopens Brim will almost surely recommence their route to success.

With four inspiring successes already notched up, the search is on for the next Young Entrepreneur to join the list of previous winners. Who it will be will be decided later this year but to be in with a chance, the entrepreneurs or their compatriots must first ensure that they are entered.

Nominations can be made by anyone within the international maritime community. Self nominations are encouraged – confidence in one’s own ability is after all the hallmark of an entrepreneur! For those wishing to nominate someone else for the award, it is possible to nominate more than one candidate providing a separate form is completed for each person.

The deadline for nominations is 13 September 2021 and details are at the following link Nor-Shipping Young Entrepreneur Award 2021.